After Prince of Travel released a few articles talking about the changes to the Cobalt and Choice cards I started thinking of the knock-on effects this would cause if the rest of Amex's cards. The changes to the Cobalt card is that the monthly fee is being raised from $10 to $12.99 so the effective annual fee is now $155.88, with that the Cobalt card will now earn normal MR Points that can be transferred to airlines, a new 3x on select streaming services along with mobile device insurance and access to Amex Fine Hotels & Resorts. The changes to the Choice card are less drastic it will be rebranded to Amex Green Card and will also earn MR Points that can be transferred to airlines.

As the Cobalt card was trying to keep up with the Scotia Gold Amex on earn rate it ended up becoming a better card than the Amex Gold and for certain people even better than the Platinum Card, Amex's flagship card. The Gold card earns 2x on travel, gas, grocery & drugstore and one point on everything else, and has an annual fee of $150 that is really close to the Cobalts annual fee. While The Platinum Card earns 3x on eats & drinks and 2x on travel and one point on everything else, it also has the best lounge access of any credit card in Canada and also gives you hotel status. As you can see the Gold card is already worse than the Cobalt card while if you already book only premium airfare or have another card that gives you lounge access The Platinum Card is also not worth it.

Amex has not mentioned if they are going to revamp the Gold and Platinum Cards, but from the changes to the Cobalt card, it would be really wired if they did not. In my opinion, I think they are going to make the Canadian Gold card more like the American one, increasing the earn rates and give more credits with partner services, I also hope they give you a few Priority Pass entries as that would help segment the cards better. Again I think they will make the Canadian Platinum card more like the American one giving more credits to specific partners and more general credits along with higher earn rates as the Cobalt has 5x on restaurants & groceries while the Platinum has 3x on restaurants and both the Cobalt and Platinum card has a 2x on travel earn rate. If Amex does this they could create a better structure to their cards having the Cobalt as a lifestyle card, the Gold card is the mid-tier travel card, and the Platinum is the best card in the country. 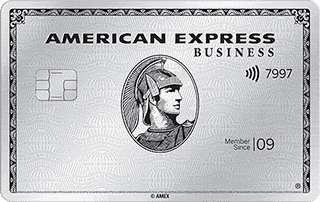 The Platinum Card by Amex True Best in Class